Magazine > Article > The history behind the Flyback Chronograph Manufacture Complication

The history behind the Flyback Chronograph Manufacture Complication

The history behind the Flyback Chronograph Manufacture Complication 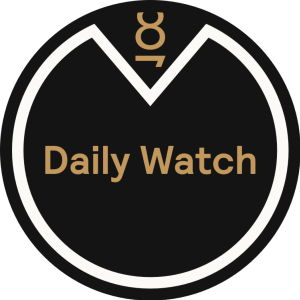 Chronograph watches have been part of an intricate watchmaking tradition for many years. These watches have become one of the most well-crafted watches on the market. The chronograph function has revolutionized the way we use watches today. But, the chronograph mechanisms can be traced all the way back to 1815. French watchmaker Louis Moinet had a quest to design pocket stopwatches for astronomers. One of the popular chronograph complications is the Flyback Chronograph.

In the process, Moinet created a stopwatch that, with an eerie degree of precision, could measure recorded time to 1/60th of a second. Even though the chronograph function was discovered already in 1815, it was never published to the market at that time.  However, this discovery set the scene for what would later be perfected and labeled the chronograph complication. Though the modern chronograph watches you see today differ from the original in terms of design. The core and built-in mechanical chronograph functionality still is

What is a Chronograph?

Since the chronograph complication has been perfected. Different chronograph types have emerged, ranging on a scale from simple functions to haute horology. In the scale of chronograph watches you can find the simple chronograph, with two pushers – the monopusher. Moreover, there is the Rattrapante type, a rare and expensive chronograph also known as the “split second chronograph”. Rattrapante is actually French for split seconds or “double chronograph” that allows for multiple time recordings at the same time.

What is a Flyback Chronograph

Existing between these two types of chronograph is the advanced Flyback complication. The Flyback function moves beyond the regular chronograph function that has a more complicated way of stopping, resetting and then restarting the mechanisms for it to track a race over time and distance. However, the Flyback function simplifies the process into only one push of a button – and is very easy to work.

Why has the chronograph watch setting become so popular?

Why  then has this particular complication lauded so much popularity throughout the years? All of these watches are, in their own way and with their unique design, perfect for tracking time. Whether that time tracking is done when boiling an egg or in-between workout routines. It will surprise you how often you count on a timer in everyday life. However, the chronograph watch has become iconic – not only because the function offers smooth time operations. But also due to the figures and professionals who became associated with wearing them.

Aviation and motorsports made the chronograph watch popular

Especially during the 50’s, 60’s and 70’s figures such as Neil Armstrong and Steve McQueen, and other professionals within aviation or motorsports made the Chronographs the most popular and well-known watches of the decades.

Some of the watch brands rose to success during these eras. Watch lovers view these as iconic watches today. To name a few, the Rolex Daytona, Zenith El Primero, Omega Speedmaster, TAG Heuer Monaco, Breitling Navitimer. These watches are popular and acknowledged for their exceptional and state-of-the-art chronographs and craftsmanship. The Daytona for example.

Today, there are various watch brands and producers who have been looking to perfect the chronograph complication. One of these is the Frederique Constant watch brand that has been popularized with their affordable luxury flyback chronograph watches.

Article IWC has again proven the importance of the IWC Pilot’s collection, by presenting a variety of novelties. The 2021 collection focuses on 41 and 43 mm, a perpetual calendar, sand-coloured ceramic and a ground-breaking Shock Absorber. Let us examine a few of the beauties of this year.  IWC Pilot’s Watch Mojave Desert We noticed the […]

Jacob & Co Extravagance on the wrist

Article In the world of Jacob & Co there is no room for the faint-hearted. What they put you on the wrist is superlative in extravagant design.

Podcast Norqain Wild One - In this episode, we talk about the recent launch from Norqain called "Wild one" and the Bulova Parking Meter.